TULSA, OK (August 3, 2021) – Cycle City Promotions announced today that the Kicker Arenacross Series will hold a 12 round American Motorcyclist Association (AMA) Championship Series beginning in January 2022. For the first time in the history of the series, the final round will not be held in Amarillo, Texas, but instead in Denver, Colorado.

“We’re really excited to get back to racing indoors in front of crowds in 2022,” said Tod Hammock, president and founder of Cycle City Promotions. “The atmosphere and pro talent the series will bring is going to make for an exciting 12 rounds.”

More details regarding ticket sales and other race information will be released in the coming weeks.

You can keep up with the latest updates via the following channels: 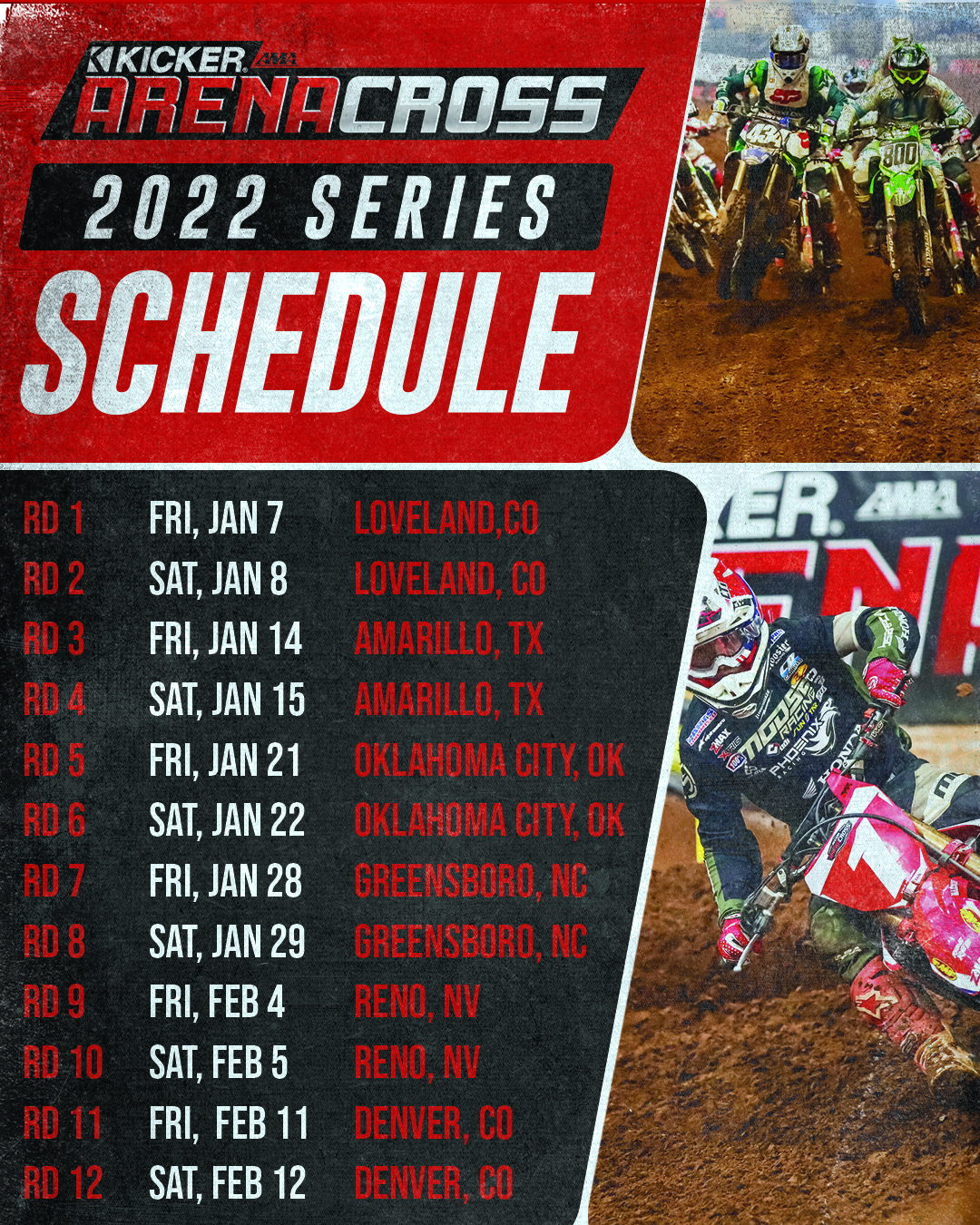 Nothing beats the golden hour during those outdoor